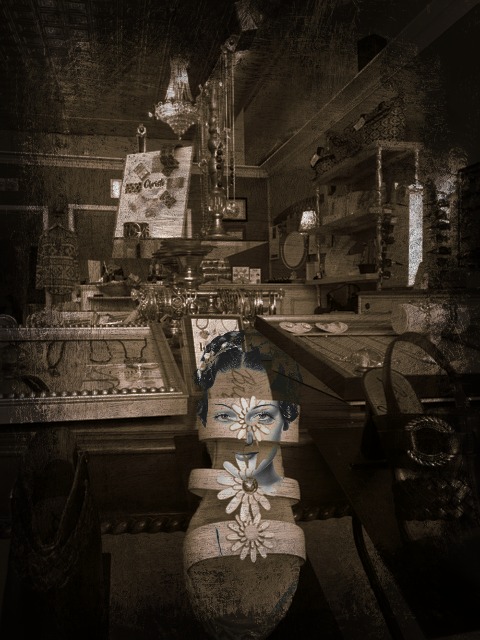 It is the time of year of misty mornings. The wind picks up tugging leaves from trees. A nip is in the air, or…is it the feeling of something nearby? The Fall season conjures up ideas of ghostly apparitions. One wonders…could there possibly be ethereal beings who inhabit the old buildings on the Decatur Town Square?

A trip downtown is in order.

What experiences have the locals had?

Legend has it that a person either jumped or was pushed out of the tower on the Wise County Courthouse. Could this person perhaps be the one that causes the elevator to spontaneously go up and down in the wee hours of the morning? How do courtroom doors slam when no one is in the room and there is no way in or out? An unfortunate district attorney died in the basement. Some wondered if his death was by natural causes or was it murder? Maybe he has come back to avenge his death.

Does anyone know the identity of the face that randomly appears in the beautiful 1917 Victorian mirror housed at 113 N State Street? A former proprietor?

People who work on the square have reported sounds of doors slamming, boxes being moved, footsteps and murmured conversations. Some have even experienced chills. Hmmmm….a “visitor” coming or going?

Guests staying at the Courthouse Suites B&B describe hearing the sound of boots with spurs walking the hallway as well as children running and playing. You might think it was other lodgers, but no one else was staying at the time.

One shop has affectionately named their ghost “Ada”. She is not fond of one style of Brighton shoe that is carried in the store. Many mornings employees have opened to find this particular shoe thrown across the room. Other times, Ada does not seem to mind the shoe if it is placed in an area which she approves.

An employee once heard gunshots and even smelled gunpowder. The back door to the store was open prompting her to call the police. Strangely, upon investigation, the back door was found shut and dead-bolted from the inside. No evidence of anyone or anything was found on the premises. A renegade cowboy from the old cowboy hotel?

Three neat, well-dressed spirits have been detected in the old First National Bank Building. The description of 2 men and a woman perfectly match the 3 children of pioneer Decatur banker, Henry Greathouse.

Rogers Hospital, which once housed a morgue as well as an insane asylum on the second floor, has its share of unease. A few are afraid to be in their offices after dark. Others just feel the building is eerie.

You might be relieved to know the search for paranormal activity in Decatur revealed nothing to keep you up at night. The town ghosts are fairly peaceful. We are reminded through the occasional unexplained incidents that many have occupied these spaces. Might they still be keeping watch over their legacies? I have a feeling many stories are yet to be told.