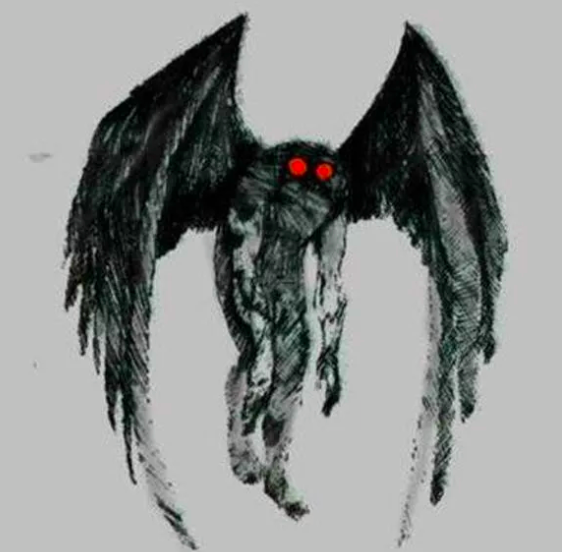 Many are familiar with the story of the “Moth Man”, but how many know he supposedly made an appearance in Wise County? In June of 2003 a postal worker witnessed deer being chased by two glowing, red fireballs about the size of basketballs on County Road 3673.

After re-telling her harrowing experience to co-workers, the site was visited and evidence of damage due to high heat was found. The next day the postal worker narrowly missed being involved in a fatal wreck at Highway 114 and Highway 51. When shown a picture of the “Moth Man” she immediately identified the creepy figure as the one she had witnessed the day before.

Further adding intrigue to the story is the fact that a person named Turner is involved in every case of a “Moth Man” appearance. Such was the case with the Wise County incident. Hmmmmm.