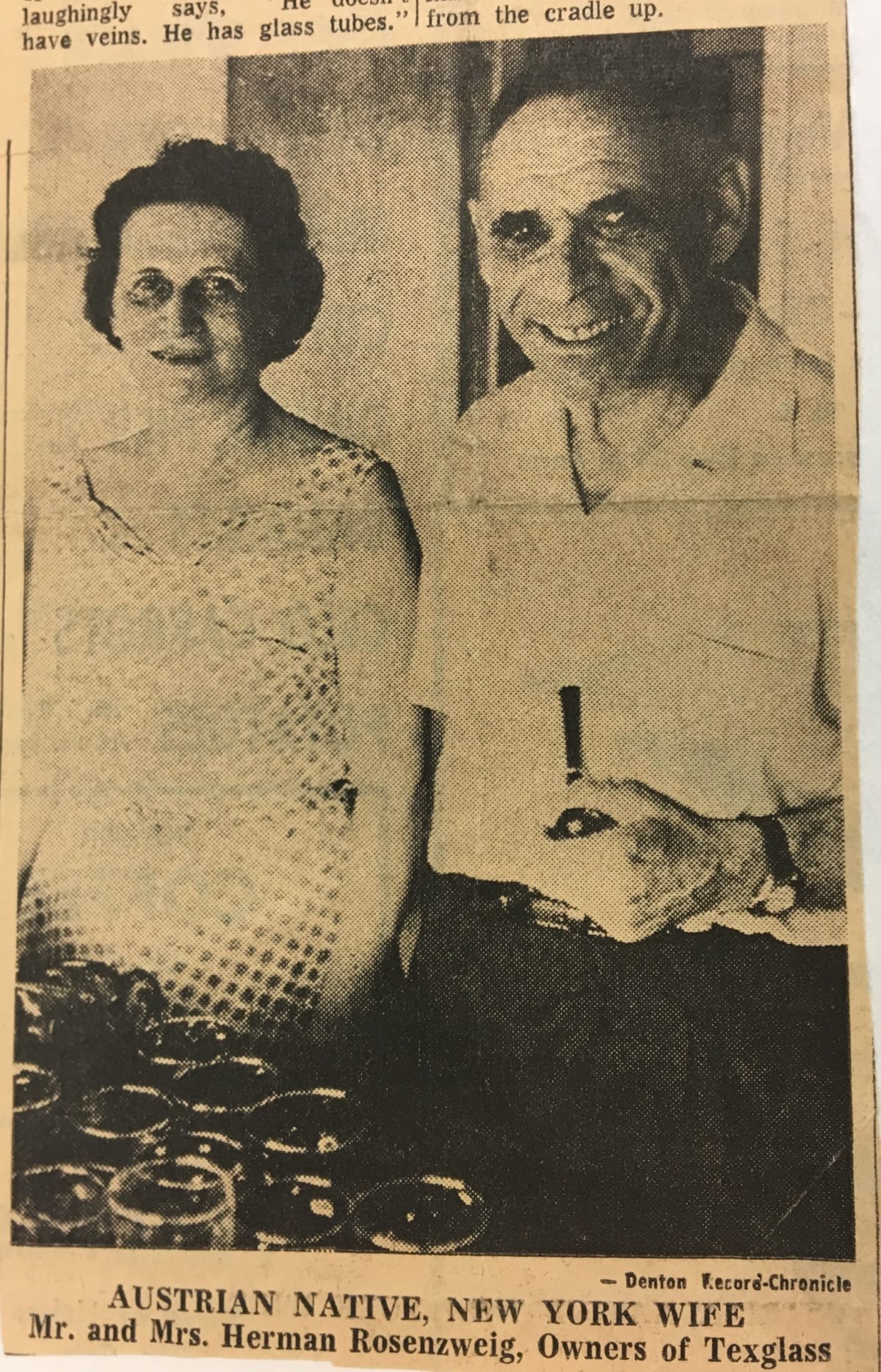 “The rhythm and timing of the movements of glassmaking always have been and always will be fascinating. A good deal of the process is standard procedure with a certain amount of innovation” Herman Rosenzweig 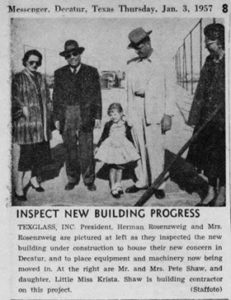 Every once in a while history comes alongside community. While communities are often associated with like-mindedness, when residents are unafraid to branch out, their locality becomes richer, more diverse, and open to new ideas. The group is willing to be touched by experiences of hope and perseverance from ordinary people fighting to keep their dreams alive. 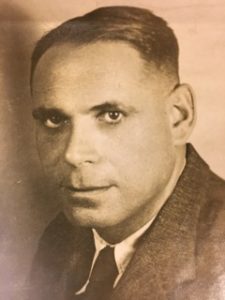 In the late 1950’s a glass maker in Athens, Texas was out of room for expansion and looking for a new location. He sent inquiries to towns within a hundred mile radius to see if any would be interested in a new industry. Decatur responded favorably and Texglass, Inc., owned by Herman and Bertha Rosenzweig, moved to town in 1957. The couple purchased three acres from CL Dodson and equipped with sand from Ardmore, lime from Chico, and soda ash from Houston set out to make handmade tableware. The glassware was crafted in their signature thumbprint style in an opulent array of colors such as amethyst, ruby, emerald, and amber. Here the small factory, when in full production, produced up to 600,000 glasses per year. 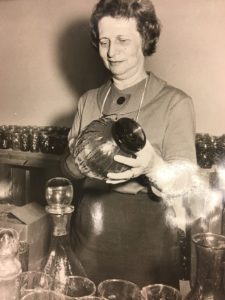 How did Texglass come to pass? What brought an Austrian Jew to Decatur, Texas? There is so much more to the story of the small factory that operated less than twenty years.

Herman Rosenzweig was born in Austria in 1901. The son of a hand-carved furniture maker, he had an affluent, Orthodox upbringing-playing piano and attending engineering college in Vienna. He started a glass factory in Vienna, but at the same time, Hitler was launching his attack on Eastern Europe. Herman, under threat, left just in time. He first went to Athens, Greece. There he was employed by a glass factory all the while working for the Underground helping Jews escape to Palestine.

His supportive employer often covered for him keeping him out of jail on multiple occasions. Herman sent money for his mother and seventeen-year-old brother to go to Palestine. His mother was already interred in a concentration camp where she would later die. His brother made it as far as Northern Italy before being transported to a concentration camp and was not heard from for many years. He eventually ended up in the United States as a displaced person 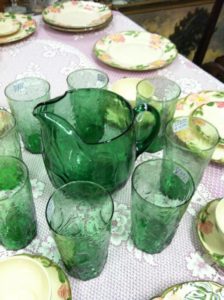 Needing to move on, Herman would next work as a chemical engineer in both Egypt and Palestine. By the early 1940’s Herman had made his way to New York. He was introduced to Bertha Heiden, a first-grade teacher also from Orthodox Austrian parents, in 1944. Herman kept seeing Bertha under the ruse that he needed help with his English. His wife would later say that both his reading and writing of English was impeccable. They married at her mother’s home on March 26, 1944. After they married, Herman worked in Canada for a while. In 1948 the couple went to Mexico City. Rosenzweig felt Mexican glass workers were superior as they saw the ancient tradition as an art. 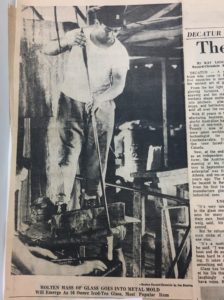 Herman had plans to open a new shop in San Antonio but was diverted to Athens, Texas. He would have made a lot more money going to work for a large company as a technologist, but he was determined to be his own boss. After realizing his Athens facility was no longer conducive to his work, Herman began to look for a new location. His biggest concern was if the community would support an influx of Mexican workers. Decatur was not only willing but enthusiastic to take on the new industry and all it entailed. Texglass, Inc. operated in a non-descript tin building just over the railroad tracks. There was never a sign because they ran out of money. The Rosenzweigs started with twelve employees mostly from the American consulate in Monterey, Mexico. They would eventually have twenty-five on their staff. Some of their workforce stayed many years and became very involved in the community. Relatives of former glassblowers and plant supervisors are still in the area. 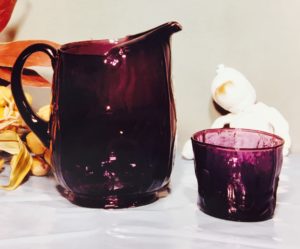 Ten salesmen were chosen to represent Texglass wares which included pitchers in different sizes, vases, decanters and several sizes of glasses all over the United States and Canada. Advertising was mostly word of mouth because the industry was so new in Texas. Salesmen would set up displays at the State Fair of Texas and take orders. Texglass sold to A. Harris (precursor to Sanger-Harris) and even sold to a Parisian department store. 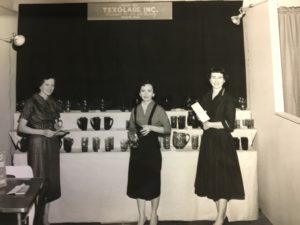 Herman Rosenzweig was short and stocky with a distinct accent. He had been a glassmaker all of his life working with the engineering and chemistry of glass. After coming to Decatur, he designed new iron molds and a burning machine that substantially reduced production time of the glass. Herman encouraged tours of the factory passing on his love of glassmaking. It pleased him to see children on their bicycles peering in windows to get a glimpse of the glass blowing process. He had a great helpmate in Bertha. After teaching school for 18 years, she now ran the office like a school room. He considered her invaluable. While Rosenzweig loved his employees, he had a distinct European mind-set that prevented him from socializing with his workers. Bertha, never having children of her own, showed great affection for the workers and was known as “Mom” by Texglass employees. 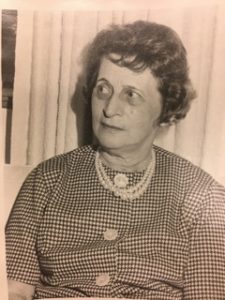 The glass factory was hard work and long hours. The Rosenzweigs believed every few cents that came in was worth it. The 2600 degree furnace was kept going twenty-four hours, and Herman would often be at the factory at midnight to monitor the tank. Emptying the tank to change the color of the glass was tedious and time-consuming. Only at Christmastime would they would turn off the tank, and all the workers would go home to Mexico for vacation.

Herman had plans to open another factory in Bowie for industrial purposes. This shop would have manufactured glass beads for highway paint. He also longed to make exquisite glass lamps similar to ones he would see in high-end advertisements. Sadly, these endeavors were not to be. He became ill and died in 1965. 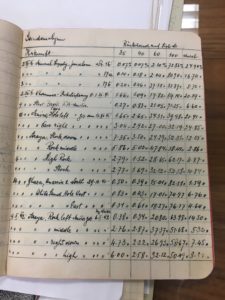 Bertha continued the business that they started together for another four years. She had great pride in her husband and his beloved profession. A life-saver for her was the black notebook Herman kept with all the formulas for the glass that he developed. Toward the end of her time at Texglass the factory was only selling from stock. The company was sold in 1969, and she stayed for a six-month transition. Bertha was delighted to see that the new owners wanted to continue what Herman had started eventually making lovely glass lamps. 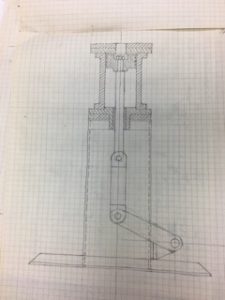 Bertha was able to live comfortably in retirement due to reparations from the Austrian government for property that was confiscated from her husband by the Nazis. While Herman was alive, they attended Temple in Fort Worth. After her husband’s death, she developed a fast friendship with Father Michael from the Catholic Church in Decatur and often enjoyed attending mass. Bertha continued to live in her home on N. Cates until her death in 2001 at the age of 95. Her funeral took place in the Catholic Church in Decatur.

Texglass, Inc. closed almost forty years ago. Some do not know it ever existed. Many fondly remember “Buddy” and “Aunt Buddy” Rosenzweig for their generous gifts and love for their friends and neighbors. The glass, sometimes known as Decatur glass, is still available on eBay and in antique stores as well as in a few barns, attics and closets in Wise County. Herman Rosenzweig’s life was upended by Nazi invasion. He never talked about things that hurt. He is remembered saying, “Don’t be sorry for me. I’ve had a wonderful life. Forget the past and go on with the present”. Decatur allowed him to continue his passion for creating beautiful glass. In the same way glass takes on color; our community is deeper, richer and more vibrant from the influence brought by the Rosenzweigs and their remarkable life.