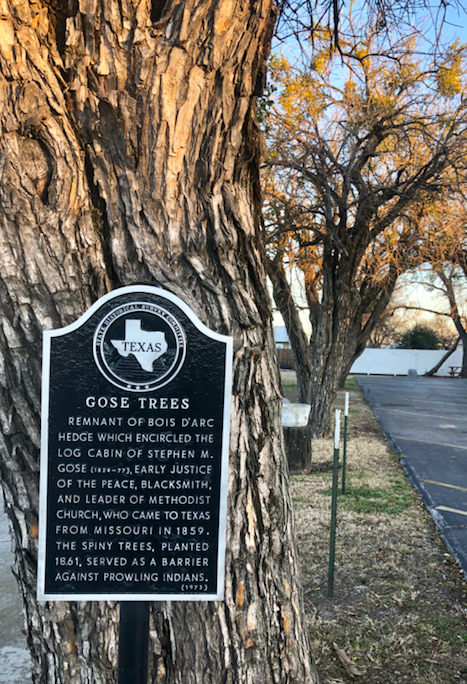 Remnant of bois d’arc hedge which encircled the log cabin of Stephen M. Gose (1824-77), early justice of the peace, blacksmith, and leader of Methodist church, who came to Texas from Missouri in 1859. The spiny trees, planted 1861, served as a barrier against prowling Indians.

The tree was used in the hedge rows of cattle farmers prior to the advent of steel, barbed wire fencing. They would have been planted them a few feet apart, in straight rows and the limbs would have entangled themselves together making an impenetrable hedgerow, by cattle or man.

This usage of the tree led to one of its names; Hedge Apple. It primarily grows in the South Central States of the US. However, the Hedge Apple can still be found throughout the Farm lands all over, especially in old fence-rows where the seeds have resisted modern farming and planting and all efforts to eradicate the nasty tree.

The word “apple” is quite misleading. The tree yields a fruit unlike many; a bumpy, green, 4-5 inch ball that resembles a green brain. In Louisiana, the kids referred to the fruit as “monkey brains”. A very fitting description, actually; I am told they throw them at one another. This fruit is completely inedible, as it has, inside of it, a liquid that has the texture of latex paint, a rather unpleasant odor, that will irritate your skin if it gets on you. 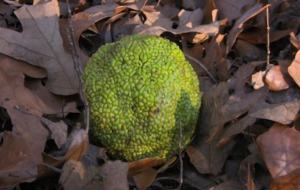 The older generation would use the fruit, cut in half, laid around the foundation of their homes, to repel insects naturally. These would eventually break down into a soft, slimy mess and rot. Simply repulsive is the only description I can come up with for the entire affair.

By all standards of the outside world, the tree is useless. Repulsive. Completely un-inviting. With the advent of barbed wire and fence posts, modern day insecticide, the tree was rendered useless. The thorns are even laced with a sap that will leave a terribly painful sore if one is pricked by their needle sharp tip and the wood is so hard and dense and resistant to rot, the best use for it was to cut it down and saw it into fence posts, which was the end result for thousands of the trees around the end of the 1800’s. Some of those fence posts are still found and used today, as they have weathered the harsh conditions for more than a century. 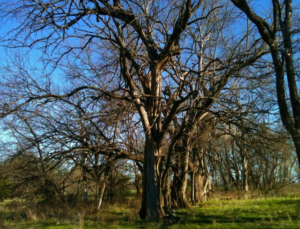 The modern day arborist would advise you to stay away from the very idea of this tree when considering what you might plant on your property as its reputation is horrible. It drops its seedlings everywhere, which thrive in almost any condition, and are virtually impossible to kill out. It is the epitome of the nightmare tree.

The name Bois d’arc came from the French settlers when they realized the Osage and Comanche Indians used this tree, almost exclusively, for making their bows. The grains run very straight on short sections, and the wood is flexible and very hard and resistant to cracking. It is extremely strong and will last for years under the pressures of bending as a bow. In fact, the popularity of the wood for bows was so great that many Native American tribes would travel hundreds of miles to acquire the wood to make their bows. “Bois d’arc” means “bow wood” in French.

So, on the inside, behind all of that bad, nasty tree, there is a particular strength and heartiness to the wood that cannot be found in any other wood on this continent. 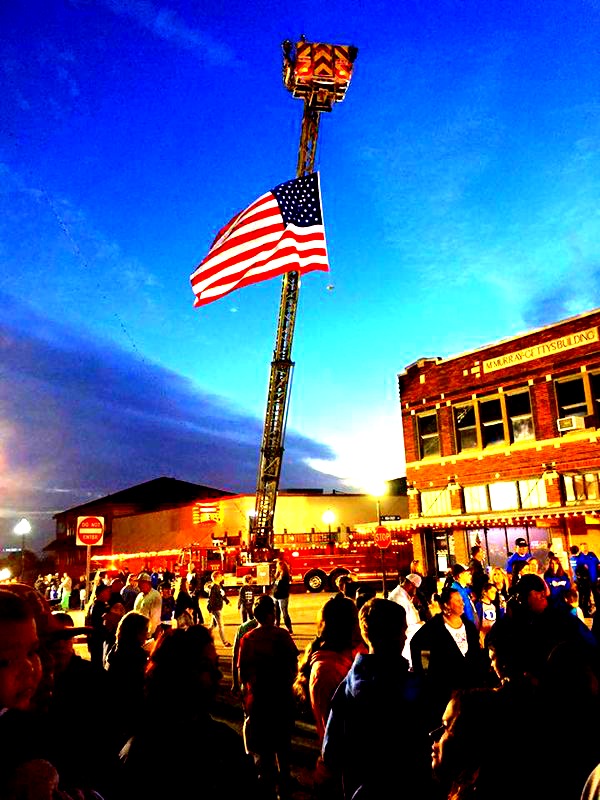 A town square is the heart of the community, an intimate grouping of old-fashioned buildings that still have a very relevant purpose. It is a place that is not only an architectural gem, but a hub that welcomes long-time residents and newcomers alike.

The square creates an intimate area to do business, shop and eat. Coming to the square is an experience. Sure you may not find a parking space right out front, and you certainly cannot drive through anywhere, but that is the purpose. We still need to meet up with friends, connect with neighbors, slow down and stroll. When was the last time you visited Decatur Town Square?

It has been a banner year! D Magazine recognized our square in its November issue “10 Great Day Trips to Small Towns around Dallas”. Many are discovering it! The square will continue to evolve as it attracts unique business that adds to the experience that is Decatur, and many people are working hard to make sure that it not only stands out but thrives! Come on down and see what you have been missing! 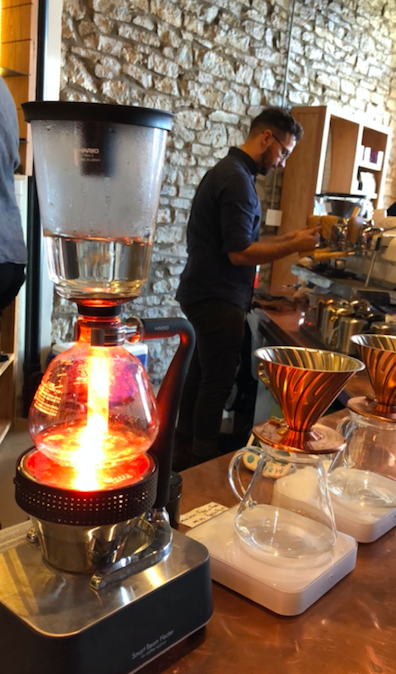